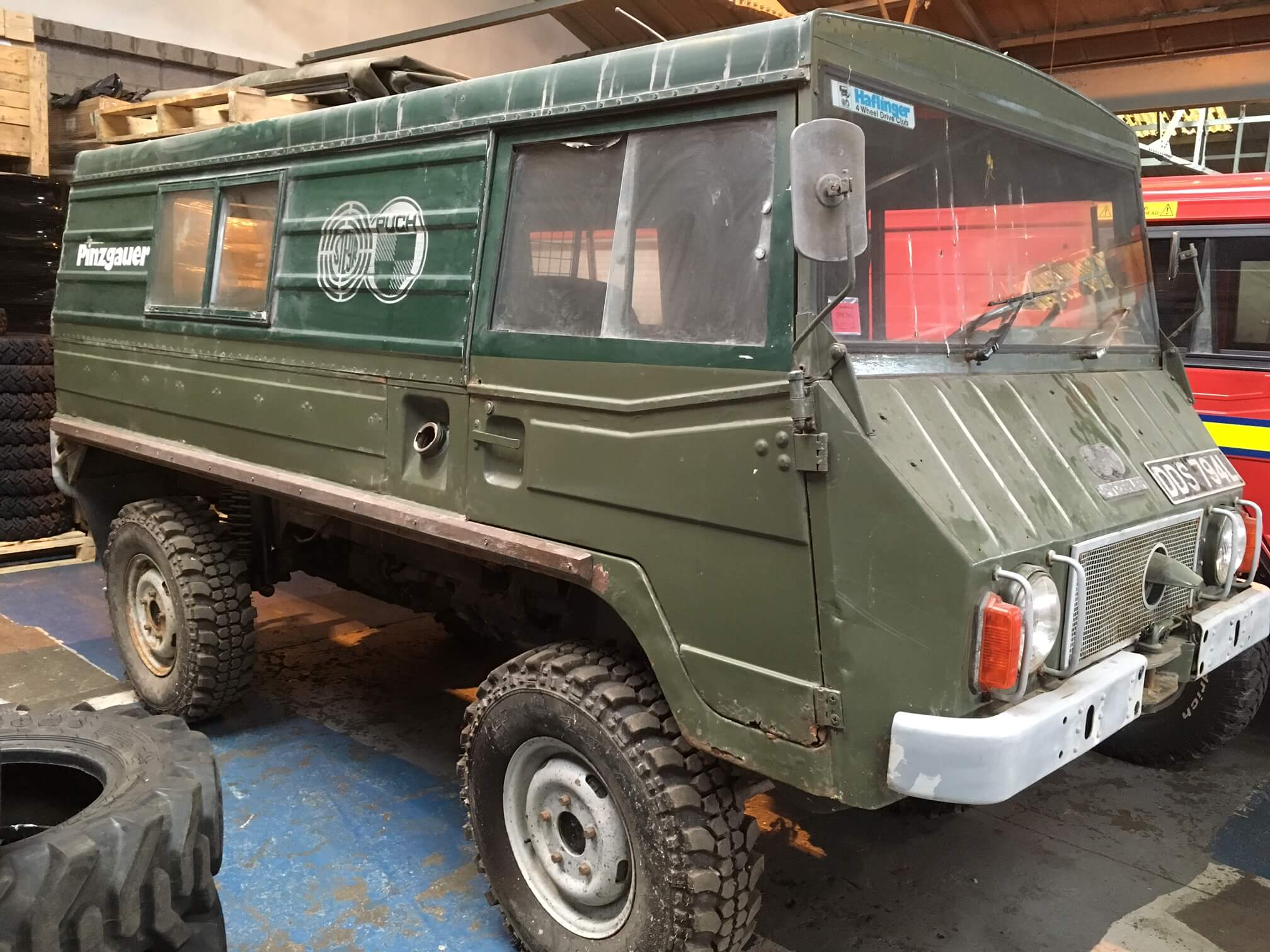 Oh dear.. here is a rather sad looking 710M which we have just taken in part exchange.

We know DDS 794L pretty well – she was my first Pinzgauer back in 1995 ! It was one of the first 3 imported to the UK from the Swiss Army by Peter Ward, and soon found its way to Scotland. I tidied it up, made a hardtop for it and had it painted “British Racing Green”

We used it for several years and it was later joined by a civilian UK supplied 710K and then by a 712M which had also been in the UK from new. In 2001 I traded all 3 in to Peter Ward against another newer Pinzgauer and DDS moved on to pastures new.

She then had a number of owners up and down the country, and a few appearances on Ebay before moving back north of the border to Edinburgh.

Mechanically she is Ok, but the platform is in a bad way now. if she stays here for long we will end up breaking it for spares, but if somebody wants a cheap project Pinzgauer she may live on.. watch this space ! 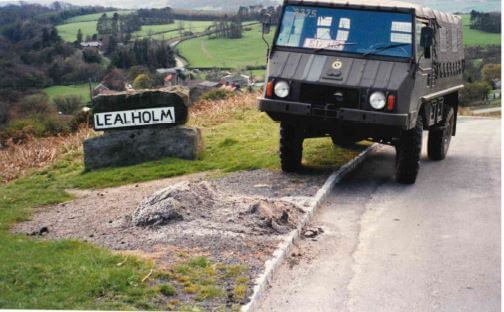 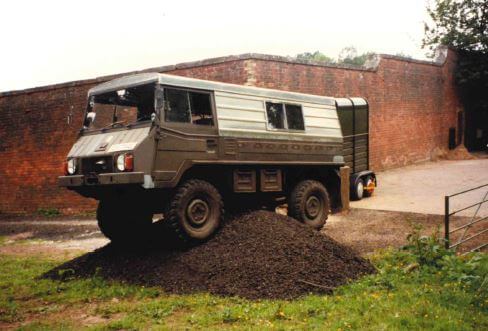 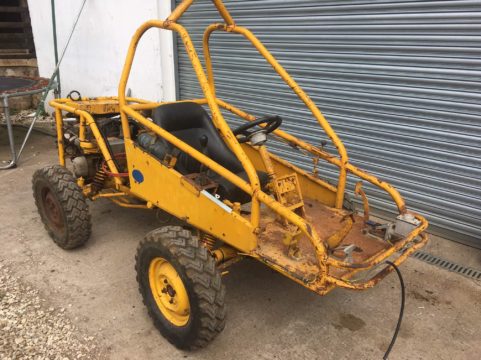 This incredibly rare prototype vehicle was made for the UK MOD by Longline (later became Ricardo), and is thought to be one of two ever made! It is based on a Short Wheel Base Haflinger, and features a special rotating pivot in the torque...

Do you have a Rusty Pinzgauer ?